Recently, European countries have come up with plans to keep migrants out. In June of 2015, the EU had an emergency meeting and came up with a “10-point plan” to “capture and destroy” boats used to smuggle in migrants.[i] Not long after this plan hatched, Hungary and other European countries erected wire fences to keep migrants out. [ii] Germany, Denmark, Austria and a few other countries suspended their willingness to adhere to the Schengen rules and reintroduce border controls.[iii] The Schengen treaty allows for open travel in the 26-nation bloc known as the Schengen area.[iv] This area, created in 1995 and originally consisting of 26 EU nations, abolished passport controls at common borders.[v] The recent suspension of this was thought to shock the rest of EU when it came to border controls to deal with the migration crisis. Because Germany borders nine other countries, without its participation, Schengen fails.[vi] This led other countries to begin closing their borders, criminalizing most new arrivals as illegal immigrants.[vii] With all of the changes, it has been difficult for migrants to find a country that will allow them to enter. This also makes it difficult for those countries that CAN take these immigrants into their territory because resources are tight. As of September 2015, 63,000 asylum seekers from Hungary and Austria entered Bavaria, which is more than the total of asylum seekers for the enter year of 2014.[viii]

The EU proposed a deal with Turkey, promising $3.3 billion for it to close down its borders.[ix] Denmark has also passed a law allowing it to seize valuables from asylum seekers in order to pay for their upkeep.[x] All of this is leads to bigger problems because even though countries are locking down their borders, migrants are finding other, often very dangerous ways, to get in anyway. On February 12, 2016 the UN High Commission for Refugees (UNHCR) expressed its concern for the increasing restrictive measures on the part of EU states, stressing that something must be done to protect the fundamental human rights of the people trying to reach Europe.

Spokesperson for the Office of the UN High Commissioner for Refugees (UNCHR) stated that more than 80,000 migrants arrived in Europe by boat in the first 6 weeks of 2016, with 400 dying in their attempt. Statistics show that 58 percent of migrants coming to Europe are women and children. One in 3 people arriving in Greece are children, compared to the 1 in 10 in September 2015.[xi] It has also been reported that two children drown every day, on average, since September 2015 as their families attempt to cross the Mediterranean Sea, totaling more than 340 children.[xii] UNCHR and the UN Children’s Fund (UNICEF) urge countries to cooperate and make dangerous journeys like this safer for children.[xiii]

A UN Special Rapporteur on Human Rights of Migrants, François Crépeau, stated that although “Europe has always been a strong advocate of human rights in Europe and elsewhere… its struggle to maintain control of its borders however…is being tested…[and by]stripping away the rights of asylum-seekers and migrants, Europe is creating a scary new ‘normal.’”[xiv] Over-reliance and securitization of borders will not work to keep migrants out because they will find another way in order to survive, allowing smugglers to continue to adapt, prosper, and exploit migrants.[xv] In order to combat smuggling, states must provide regular, safe and cheap mobility solutions, including both identity and security checks.[xvi] 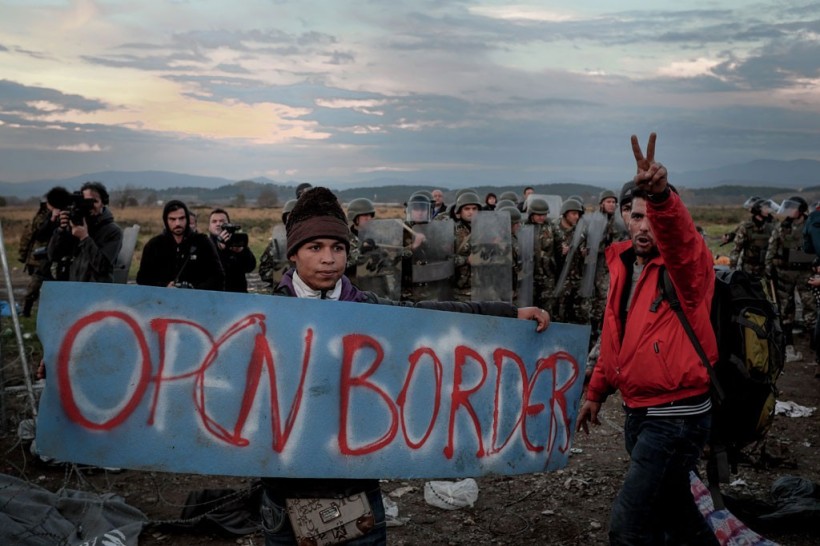 The European public, predominantly, has the view that Europe needs stricter controls, bigger fences, and more military control.[xvii] Although the public might favor these stricter policies, politicians view them as an immoral and an unworkable approach.[xviii] The question is how will European countries pursue this issue and in what ways will immigration be affected long term? Will countries continue keeping its borders open? Will countries continue with daily limits on migrants? I believe countries should find a less dangerous way for migrants to travel while also coming up with a way to stem the tide of migration. It is somewhat understandable for countries to not want to be overpopulated and have an extra burden on state-run agencies. However, risking the lives of migrants is not the way to overcome this problem. Many organizations are attempting to convince the politicians to work this issue out as peacefully as possible and in a way that lessens the dangers for migrants. Something needs to be done – sooner, rather than later!