On June 23, 2016 the U.K. shocked the world (and arguably themselves) by voting to leave the European Union.[1] The vote has left the U.K. and Europe as a whole wondering what will come next. However, in the wake of this event one group of people in the U.K. took an unprecedented action. Following Brexit so many people in Northern Ireland filed for Irish passports that the system came under significant strain and the Belfast Post Office ran out of application forms.[2] For the first time since the separation of the countries almost a century ago, Northern Irish citizens are discussing peacefully leaving the U.K. to join the Republic of Ireland. 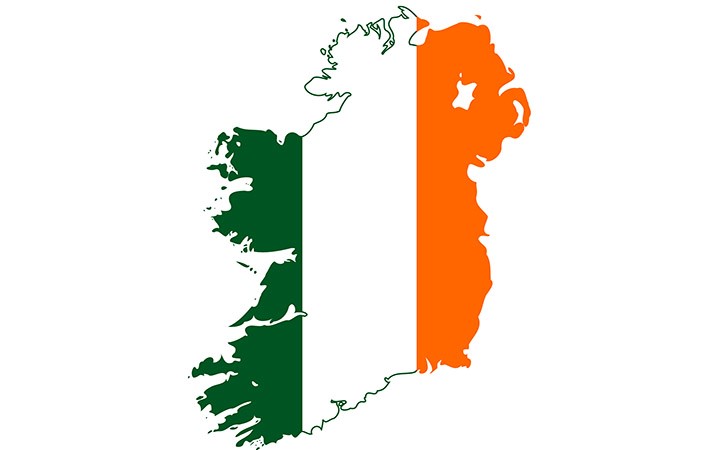 While England voted to leave the E.U., Northern Ireland voted 55.8% to 44.2% in favor of staying, which has caused some to question whether it might be in Northern Ireland’s best interests to split off from the U.K. as it splits off from the E.U.[3] This wouldn’t be the first time a part of the U.K. moved for independence. Just two summers ago Scotland moved to stay in the Union after a vote on independence. However, unlike the Scottish vote and for rather unique political reasons which will be discussed later, Northern Ireland might not need the approval of the current U.K. government to leave.

Historically there has been a lot of bad blood between the Irish and the British. The Irish had suffered political disenfranchisement, religious intolerance, racial prejudices, and other injuries under British rule. At the turn of the last century and in the middle of WWI, Ireland again erupted in rebellion. It has been remembered as the Easter Rising, and was organized by the Irish Republican Brotherhood. The rebellion was crushed, but the surviving members reformed, gathered support, and the rebellion soon turned into a revolution. This was the birth of the Irish Republican Army, the IRA.

Eventually, the British government agreed to negotiate, and an autonomous Irish Free State was created which would soon thereafter become the fully independent Republic of Ireland. However, when the Free State was created, six counties in the North of Ireland were excluded and left as part of the U.K. These six counties became Northern Ireland. They were excluded at the time for several reasons, both practical and philosophical, but one major issue was that Northern Ireland was mostly Protestant while the rest of the island was Catholic. [4]

However, the situation deteriorated in the 1960s. Catholics in Northern Ireland faced discrimination in many aspects of life, including employment and housing, as well as violence from Protestants. The situation eventually boiled over, Catholics took up arms, and formed the Provisional IRA. What ensued was thirty plus years of fighting, with the IRA on one side and Unionist paramilitary units and the British government on the other. The level of violence tore the North apart. The fighting was eventually ended in 1998 with the Good Friday Agreement. As part of the agreement, the IRA agreed to renounce violence as a means of effecting change, Sinn Fien (which was the political wing of the IRA) would share power in the government with protestants, Catholics where guaranteed equality, Northern Ireland would stay in the U.K., but left the future possibility of unification on the table.[5]

Which leaves us where we are now. Brexit may bring the U.K. into conflict with many facets of the Good Friday Agreement. For example, one major argument for the pro-Brexit camp was that leaving the E.U. would allow the U.K. to secure its boarders.[6] However the only land boarder the UK has with the E.U. is the border between the Republic of Ireland and North Ireland. As part of the Good Friday Agreement, the U.K. promised not to limit movement across the Irish boarder.[7]  If the U.K. is going to secure its border with Europe, then it will be brought into contention with the Good Friday Agreement. Further, Northern Ireland receives aid through the Agreement from the E.U. to help rebuild after the fighting and maintain peace.[8] Many argue that Brexit is inconsistent with the Agreement, and a constitutional argument is being made before the High Court in Belfast to challenge the legality of Brexit at least as it relates to North Ireland.[9]

There have been concerns over the threat Brexit might pose to peace. The peace isn’t even 20 years old, and while most of the Provisional IRA has laid down its arms and renounced violence, most does not mean all. New offshoots of the IRA remain somewhat active, even if they are smaller than the old IRA and lack most of its capabilities.[10]

As mentioned earlier, the U.K. government might not get a say in the matter. Under the Good Friday Agreement, the possibility of unification was left open. Specifically, the Agreement states that North Ireland was granted the right to have a vote in the future to join the Republic if they so desired.[11] It was done at a time when London believed that such a strong sentiment would not exist for decades.[12] However, with Brexit and the threat it could pose to Northern Ireland’s economic and social wellbeing this provision has suddenly become relevant. If North Ireland decides to have a vote, it votes to leave, and the Republic of Ireland agrees to accept them that might be the end of the discussion. Unlike the Scottish independence vote two summers ago, Northern Ireland doesn’t require the approval of Parliament to have a vote to leave – they already have it.

Furthermore, not only could the vote happen, Sinn Fien, now one of the major parties in both Northern Ireland and the Republic of Ireland, has already said they want to have the vote.[13] The Prime Minister of Northern Ireland went so far as to say that a vote for unification might happen in the wake of Brexit.[14]

It would be inspiring to see Northern Ireland, a place which has experienced so much bloodshed and division to stand unified peacefully for the benefit of all their people. However, there is still a lot of tension, and Brexit may not be enough to create a successful unification effort. However, there are some things that could help push North Ireland towards unification.

If these things happen, and the U.K. actually leaves the E.U., then I think the chances of Irish Unification increase noticeably and may happen in the coming years.

Alexander Ayer  is a third year (3L) law student at the University of Baltimore School of Law. His undergraduate studies were completed at Hood College, where he majored in history and graduated cum laude in 2014. Alexander is expected to graduate from the University of Baltimore School of Law in the Spring of 2017. As part of his international law background he took part in a study abroad program at the University of Aberdeen School of Law in Scotland. Alexander is drawn to international law by the comparative approach of seeing how different societies solve similar problems in different ways, as well observing how history has effected the laws and policies of various nations, and the behaviors demonstrated by counties interacting with each other on the world stage. In addition to international law, Alexander is also interested in disability law and copyright law.

4 thoughts on “A Tale of Two Irelands; Is Unification Possible in the Wake of Brexit?”