Throughout the 2016 election and into the new administration of the President, women’s rights advocates have further reverberated their platform to let the world know that we matter. On January 21, 2017, millions of people around the world took to the streets voicing their outrage towards the insulting rhetoric of the past election cycle. With dozens of speakers and thousands of signs decrying the police brutality, the defunding of Planned Parenthood, and discrimination against minorities, there seemed to be a missing message: the absolute right to breastfeeding.

The benefits that come with breastfeeding have been highly regarded within the international community for the past few decades. Groups such as UNICEF and the World Health Organization (WHO) recommend that women breastfeed their child within the first hour of birth and exclusively for the first six months of the child’s life.[1] At six months, soft or semi-solid foods be introduced to complement breastfeeding for up to two years or more.[2] Not only does breastfeeding benefit the child’s health, development and nutrition but it also substantially decreases the chances of child and infant mortality.[3] Optimal breastfeeding is especially important in developing countries that have a high risk of disease coupled with low access to clean water or sanitation. In such conditions, an exclusively breastfed child is 14 times less likely to die in the first six months than a non-breastfed child. [4]

Despite the benefits that come along with exclusive breastfeeding, it’s simply not a reality for the majority of women. With about 830 million women workers worldwide, less than 40 per cent of the world’s infants are exclusively breastfed at the appropriate time. [5] The WHO, UNICEF, and the International Baby Food Action Network (IBFAN) recently published a joint report, citing the inadequacy of national laws to protect and promote breastfeeding.[6] The report tracks country involvement and adaptation with the International Code of Marketing of Breast-Milk Substitutes (the Code) as part of their membership in the WHO.[7] Generally, the Code is aimed towards, “safe and adequate nutrition for infants, the protection and promotion of breastfeeding, and by ensuring the proper use of breastmilk substitutes, when…necessary, on the basis of adequate information and through appropriate marketing and distribution.” [8] Although 135 countries have in place some form of legal measure related to the Code, only 39 countries have laws that enact most or all of the Code. [9] Most of the implementation of the Code has taken place in developing countries of the “Global South”, where the populations are more susceptible to high rates of infant mortality due to respiratory infection and diarrhea. Some of the most pervasive challenges in implementing the Code include the lack of political will to participate, interference from manufacturers and distributors, as well as the absence of coordination by stakeholders. [10]

Taboos and Attitudes towards the Boobs

Despite the global initiatives by UNICEF, WHO, and IBFAN, there still seems to be cultural taboo against mothers who choose to breastfeed in public. Some of the most important elements to successful exclusive breastfeeding is “on demand” feedings and expressing milk when not around the child.[11] This ensures that adequate milk production is maintained throughout the different stages of breastfeeding. Sadly, this becomes more problematic with the lack of maternity leave, as well as the lack of nursing accommodations at work and public places such as restaurants, shops, and airports. 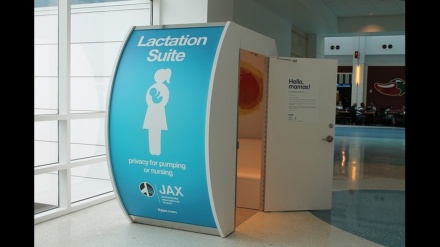 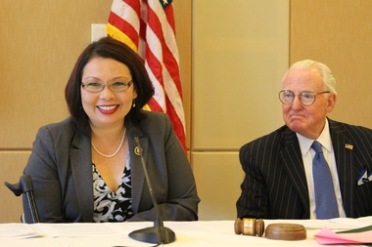 In May 2015, Rep. Tammy Duckworth from Illinois introduced the Friendly Airports for Mothers (FAM) Act to the House following her travel experiences with her infant daughter [12]. She realized that many national airports didn’t provide suitable space to breastfeed in airport terminals. The FAM Act would require all major U.S. airport to provide “lactation rooms”, with seating, a table and an electrical outlet. Although 62 per cent of the country’s 100 largest airports considered themselves as “breastfeeding-friendly”, only 8 per cent of them provided suitable breastfeeding accommodations. [13] The mandate would aim to bring privacy, comfort, safety, and convenience to traveling mothers. As of 2017, the bill is still with the House Subcommittee on Aviation. [14]

Just this year, traveling mothers have had their own issues across the pond. Gayathiri Bose, a Singaporean mother of two, was traveling to Paris from Frankfurt Airport when she was confronted by German authorities.[15] She was traveling without her baby, but with her breast pump so that she could regularly express breastmilk. This raised suspicion with a female police officer. According to Ms. Bose, the police officer asked her to prove she was lactating by asking her to manually expressing her breastmilk. The incident proved to be an embarrassing moment for Ms. Bose, who is now seeking legal action following her encounter. A Frankfurt police spokesman has confirmed that Ms. Bose’s breast pump checked as a possible suspected explosive and denies her allegation. Claire Dunn, travelling from London Heathrow airport found herself in similar debacle when she was questioned by two male security guards over her breast pump.[16] She alleges that the men had no idea what the object was and kept asking her why she needed the pump if she wasn’t traveling with her baby. [17] Anisha Turner, who traveled from London to India, also found expressing to be problematic during her flight in December 2016. [18] Turner was traveling without her one year old daughter and was able to find numerous nursing facilities in the Mumbai Airport but was stuck expressing milk in disabled bathroom stall in Heathrow Airport, evidencing the disparities in attitudes between the “Global North” and the Global South” regarding breastfeeding.

Traveling mothers seem to have an uphill battle when it comes to nursing on the go. As the Women’s March takes its next steps, it’s important that citizens reach out to leaders in the organization to force this issue into the spotlight. Phone calls, letters, and social media have also been great tools in reaching out to congressmen and governors. It’s going to take a more open and frank conversation on breastfeeding, women’s health, and child mortality to educate government officials and society as a whole on an inherent part of motherhood.

Bryana Spann is a 2L student at the University Of Baltimore School of Law. She completed her undergraduate studies at the College of Charleston, where she majored in International Studies with a Concentration in Asian Studies. She also spent a semester abroad in Shanghai, where she studied subjects such as the Government and Politics of China as well as Chinese Calligraphy. Currently, Bryana is member of the International Law Society, the Black Law Students Association, and Alpha Kappa Alpha Sorority, Inc. having previously served as its Global Impact Chair for the Gamma Xi Omega Chapter. Having worked as a law clerk with the Lake County Public Defender, her interests include international human rights, civil liberties, as well as pro bono criminal defense.

2 thoughts on “The Mammary Games: Polarity on Breastfeeding Practices”