Turkey has long been awaiting the day that it can be welcomed into the European Union (EU). Unfortunately with the rise of the Islamic State (ISIS) in Syria, the thousands of Syrian refugees fleeing to Turkey’s border, its internal conflict with the Kurds, and human rights abuse allegations; Turkey may never have the chance to receive that welcome.

Turkey has been an associate member of the EU since 1963, all the while hoping to become a full-fledged member.[1] In May, the EU struck a deal with Turkey in which Turkey agreed to house migrants fleeing the violence in Syria in exchange for $3 billion Euros. Further, it came with a dangling carrot that promised to restart the stalled accession talks that have been ongoing since 2005. Even German Prime Minister Angela Merkel has thrown her support behind Turkey in exchange for its agreement to house the refugees.[2] 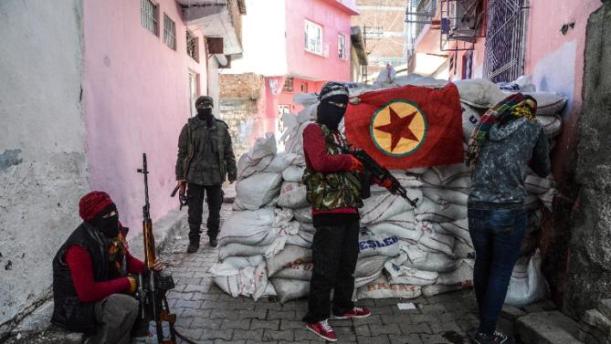 It seems as though Turkey is fighting a losing battle. With tensions between Turkey and Russia mounting since Turkey gunned down a Russian fighter jet, Turkey is facing an even more intensified battle within its own borders with the Kurdistan Peoples Party, or the PKK.[3] The conflict between the government and the PKK is not something that is new; the government’s efforts have increased to quell the efforts of what it labels a terrorist organization. [4]

The PKK has also been deemed a terrorist organization by the US and others in the international community. Since a breakdown of a truce between the government and the PKK in mid-2015, tensions have heightened and violence erupted in the southwest quadrant of the country. Not only is the country inundated with nearly 70,000 more migrants (adding to the nearly 2 million migrants currently there)[5], but Turkey itself cannot even contain the pre-existing violence and tensions within its own borders. Most recently violence erupted in the Kurdish town of Cizre with reports of innocent women and children being caught in the crossfire. [6]

Human rights abuses in Turkey are an ever-increasing concern. Recently, Turkish military forces shot 10 unarmed civilian Kurds, 2 of which were killed, with no recourse. As a result, the UN has called for an investigation. This also calls into question Turkey’s ability to comply with EU directives. EU member states who hold the fate of Turkey’s accession have been silent amid the accusations.[7]

My fear is that the EU and the rest of the international community are putting entirely too much strain on Turkey. Last year EU Member States agreed to help resettle 22,500 refugees from Turkey and only 779 have been resettled as of the end of January.[8] A recent corruption scandal found that the government exercised too much power over state agencies (read police, military and the judiciary).[9]

It is as if the international community is waiting to place the blame on Turkey if and when something does go horribly awry. With the myriad of struggles facing Turkey both internally and externally, and their clear desire to join the EU there is a waiting game to see is Turkey has the capacity and ability to provide stability for themselves, and abroad.

Carolyn Mills is a graduate from of Bowie State University  and holds a Bachelor of Arts in Political Science. Carolyn is a 2L at the University of Baltimore School of Law. She serves as 2L Representative for the International Law Society.  Her interests and focus areas are on Central America and West Africa; she has traveled to both Guatemala and Honduras and hopes to visit Ghana this summer. She is currently a law clerk for the Department of Homeland Security’s Human Rights Law Section.