On March 17, 2015 Israeli parliamentary elections were held, resulting in the re-election of Prime Minister Benjamin Netanyahu of the center-right Likud party.  Despite Mr. Netanyahu’s eventual victory, the parliamentary race was a close one.  A poll from March 13, just a few days before the election, showed the center-left Zionist Union party in the lead.  Furthermore, comments made by Netanyahu in the days leading up to the elections, have stirred public debate.  Most notably, U.S. officials have publically denounced Netanyahu’s statements, highlighting the changing nature of U.S.-Israeli relations.

Israel has a parliamentary system with the 120-seat parliament commonly referred to as the Knesset.   This system is based on nation-wide proportional representation, which means that voters elect nationally registered political factions—like Netanyahu’s Likud party—and not local candidates.  For Americans, who, unlike Israelis, vote for individual candidates, this type of electoral system is foreign.

Knesset elections must be held once every four years, though many coalitions do not survive a full term due to political instability.  Such was the case recently, when in December of 2014, the Israeli government collapsed.

Election turnout this year was 72.3%.  Netanyahu’s Likud party gained the most Knesset seats, with the Zionist Union party coming in second.  The Joint List, which is an Arab Israeli coalition, came in third.

Prior to the elections, the Netanyahu Administration’s stance concerning Palestine was that a two-state solution was possible.  However, in the days leading up to the election, and in the face of unfavorable poll numbers, Netanyahu said he would not allow the creation of a Palestinian state if re-elected.  Furthermore, in order to mobilize more supporters, Netanyahu warned, “The Arabs are voting in droves.”  Arab Israelis make up about 20 percent of Israel’s population and 15 percent of the country’s eligible voters. 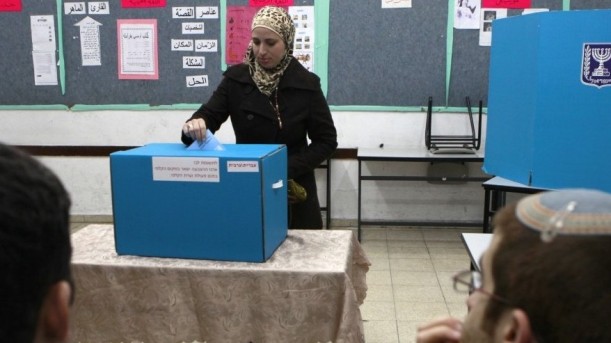 Such remarks by Mr. Netanyahu were met with harsh criticism, particularly from U.S. President Barack Obama.  In an interview with the Huffington Post, Obama said Netanyahu’s remarks upended the Israeli-Palestinian peace process and ran counter to the very nature of Israeli democracy.  According to Obama, Netanyahu’s statements will discourage people from thinking negotiations are possible.  In regards to the comments about Arab voters “coming in droves” Obama said “we indicated that that kind of rhetoric was contrary to what is the best of Israel’s traditions—that although Israel was founded based on the historic Jewish homeland and the need to have a Jewish homeland, Israeli democracy has been premised on everybody in the country being treated equally and fairly.”  Obama warned that if people were not treated equally and fairly, democracy in the country would be undermined.

Netanyahu has since apologized for his remarks and said he had not meant to offend Israeli Arab voters.  Mr. Netanyahu also softened his stance saying that he wanted a two-state solution, but that “circumstances have to change.”

Some may call Netanyahu’s apology progress, while others may call it back-pedaling.  Regardless, such public denouncements by Mr. Obama are not only harsh, but also indicative of the strained relationship between the two world leaders.  For example, earlier in the month, Netanyahu addressed Congress in a passionate speech about Iran.  The only problem was that U.S. House of Representatives Speaker John Boehner invited Netanyahu without consulting with President Obama first.  Ouch.

So, what does this mean?  The strained relationship between Obama and Netanyahu is undoubtedly tense.  But a lack of support for Netanyahu in the White House is not indicative of a lack of support for Netanyahu—after all, the Israeli leader was invited to address Congress.  So, despite what some may call a departure from normal U.S.-Israeli relations, the bond between the two countries will not be broken.  The United States has always been, and I think will continue to be, Israel’s biggest ally.

Yasmine Akkad is a second year law student at the University of Baltimore School of Law J.D. Candidate (’16).  She holds a Bachelors of Science in Law and American Civilization and a minor in English from Towson University.  Her primary interests include international law and international human rights law.  In addition to being a CICL Fellow, she competed in the 2014-2015 Jessup International Moot Court Competition, Mid-Atlantic Region.

In a decision last month that reverberated most through the international banking community, a Brooklyn jury in a federal trial held liable Arab Bank for “providing material support to Hamas.”  In Linde v. Arab Bank, families of a number of American victims of terror attacks in Israel, Gaza, and the West Bank during Palestinian uprisings from 2001 to 2004 were pitted against an international bank with branches in those areas.  Filing suit in 2004, the victims’ families accused Amman-based Arab Bank of knowingly assisting Hamas financing a “death and dismemberment benefit plan” for martyrs and their families.  The case itself was described by lawyers as significant because it was the first civil case pertaining to terror financing to reach trial in a US court.  Despite the outcome, and noting that damages have yet to be addressed, attorneys for Arab Bank predict the verdict will be overturned on appeal due to errors pertaining to, among other things, the threat of sanctions against a foreign bank for failing to turn over lawfully private customer data.  In addition to the concerns of the international banking community, the verdict also raises questions about the impact to US intelligence efforts in tracking terrorist actions via their financial activities and to the President’s ability to carry out foreign affairs without interference from the Article III judiciary.

Since 9/11, the financial industries, indeed many technology-based data transfer industries, have stepped up their cooperation with governments’ anti-terror efforts.  But this verdict could lead to US-based banks severing relationships with foreign banks and customers, thus increasing the challenge to intelligence and other national security organizations in tracking terrorists’ financial networks.  Banking industry officials point out that the verdict may lead to US banks limiting risk by limiting business in designated regions.  The market for such illicit services will not diminish, however, but instead be driven deeper underground where they become much more difficult, and require more resources, to track.  Prudently, banks are likely to await the outcome of the appeal before taking specific actions to limit their risk.  But while governments’ ability to successfully track terrorists’ illicit financial networks is also at risk, a likely greater concern is the President’s ability to carry out the nation’s foreign affairs reasonably unimpeded. 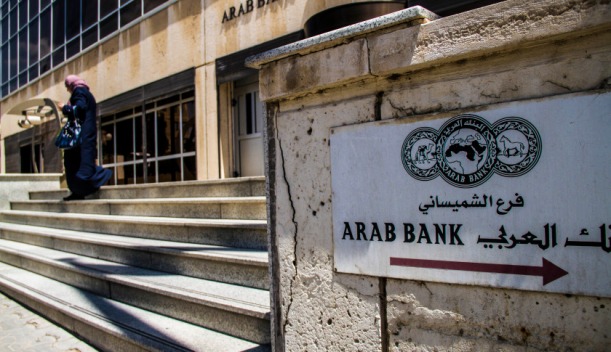 While Arab Bank intends to address a number of substantive errors on appeal, their primary complaint was their inability to present a proper defense after being sanctioned for refusing to provide customer records protected by Jordan’s privacy laws.  The judge further permitted jurors to infer from the bank’s refusal to violate the Jordanian privacy laws that Arab Bank knowingly and willfully aided terrorists.  The State Department had urged the White House to support Arab Bank’s position in an amicus brief to the Supreme Court, asserting that forcing the bank to proceed under the sanctions put at risk a number of US foreign policy goals, including Middle East peace efforts.  Although the White House ultimately asked the Court not to review the issue, the Solicitor General’s amicus brief pointed to a number of lower court errors in their analysis which could undermine the President’s ability to carry out foreign affairs.

“The lower courts erred in suggesting that petitioner’s reliance on foreign bank secrecy laws in this private action did not reflect good faith simply because petitioner previously produced some of the documents to the Departments of the Treasury and Justice.  That reasoning fails to account for the distinct United States and foreign interests implicated when the government, as opposed to a private party, seeks disclosure.  It also threatens to undermine important United States [] national-security interests by deterring private entities and foreign jurisdictions from cooperating with government requests.  The United States has a compelling sovereign interest in obtaining documents located abroad for use in [] proceedings through which the government [] protects the Nation.  When it decides whether to seek documents assertively covered by foreign bank secrecy laws, the government balances the need for the information sought and the public interest in the investigation against the interests of the foreign jurisdictions where the information is located and any potential consequences for our foreign relations.”

Article III of the Constitution does provide that judicial power extends to various enumerated “cases and controversies,” some of which will certainly relate to foreign affairs.  But past Court opinions have acknowledged the Article III courts’ “customary policy of deference to the President in matters of foreign affairs.”  As the Solicitor General points out, courts should weigh the interests of private citizens’ claims against the interests of the US in conducting the nation’s foreign affairs.   But in so weighing such matters, courts should not invade this province of the Executive.

This case, weighing private citizens’ interests against those of the Administration in carrying out its foreign policy, will certainly be worth following on appeal.  In the unlikely event that the decision is upheld, the effects on national security and broader foreign policy interests could have far-reaching consequences on how the US engages abroad, friend and foe alike.

Clark Smith is a third-year law student pursuing a concentration in International Law. He has undergraduate and graduate degrees in Political Science and International Relations. In addition to being a Student Fellow, he is the Submissions Editor for the Journal of International Law. His previous experience includes work in both security and policy and his previous overseas postings include Western Europe, the Balkans, the Middle East, and South Asia. His professional interests include international development.