In the growing age of globalization and the rise in the use of technology, many have difficulties disconnecting from work. Smartphones have replaced the computer, the newspaper, the telephone, and much more. We are always connected, and that connection is just as tied to our employer as it is to our personal lives. Companies are starting to realize that their employees health and production have been negatively effected. One country has taken the initial steps necessary to reestablish the wall between employees’ personal and work life.[i]

On May 10, 2016, the French government used a constitutional provision to push through the El Khomri law. The law is named after Labor Minister Myriam El Khomri. Many provisions in the law were seen to benefit employers at the expense of employees, and therefore not welcomed by the French people. However, the most well liked article had the employees’ needs in mind. The law went into effect on January 1, 2017, in which France now requires employers to negotiate what rights their employees have to ignore work emails and other forms of communication. While the idea is commendable and its expected effects laudable, the complete lack of an enforceability mechanism in the law is an issue but that does not take away from the effect it can have on employees.

The right not to disconnect requires employers to negotiate what those specific rights would be for their employees, however, if the employer fails to do so, or breaks the terms of that right there is no mechanism to penalize the employer. This leaves employees in an odd place, they have a right but no means to enforce that right. It will be interesting to see if courts will take action if case is brought. 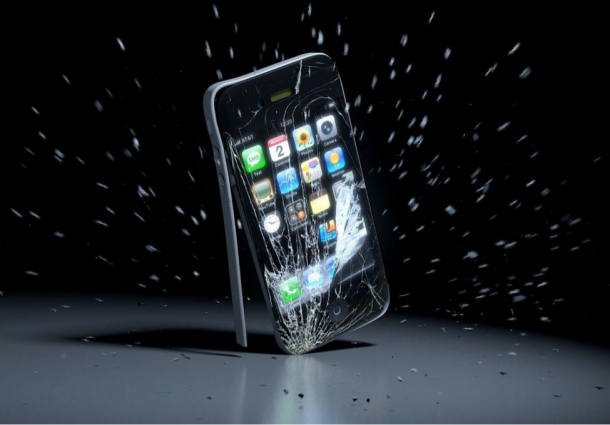 For the rest of the world, however, employees still have to dread whether that vibrating phone is a friend or their employer, which can increase their stress levels. This stress can lead to what experts are calling “digital exhaustion.”[iii] Employers have taken this researched and asked themselves to consider the effect that being tied to your email can have on the overall productivity of that employee. For example, the productivity levels in the United Kingdom are poor not only because U.K. citizens work the longest hours in Europe but also due to the fact that U.K. citizens are biggest users smart devices.[iv] Britons work an average of eight and half hours a day, which equates to 1677 average annual hours with £18.64 hourly productivity.[v] A Luxembourger, by comparison, works about 1643 average annual hours, with £45.71 hourly productivity.[vi]

While the average annual hours are relatively close, the hourly productivity numbers are drastically different. This could be because not only do Britons work longer hours, but also cannot disconnect from work once they leave. Although this study was looking at the number hours worked, it could be interesting to see how many hours Britons work when not on the clock. I suspect the average annual hours would rise and the amount hourly productivity would decrease even more. However, France and England are not the only countries facing this dilemma. 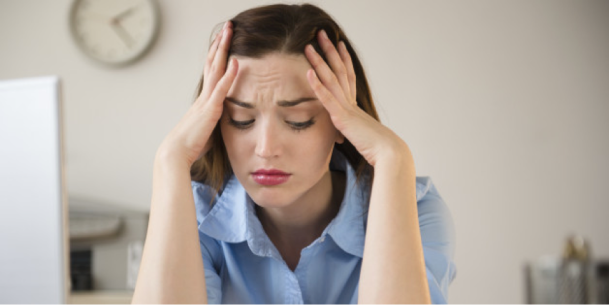 In 2015, a Japanese company, Dentsu, an employee committed suicide after working over 105 overtime hours in a month.[viii] In response, Tokyo’s governor ordered government employees to end their day by 8 PM.[ix] Additionally, Dentsu has since barred workers from putting in more than 65 hours of overtime a month. Japan may need to follow suit with France’s law to help further disconnect their over worked employees.

This issue of needing to disconnect can affect more than the happiness of the employees. In South Korea, employees are working so much that they are not taking time to have families. Thus, in response South Korea’s Ministry of Health introduced a monthly Family Day, where the office lights are turned off at 7 PM to encourage staff either to spend time with their families or to use that time to create a family. The Ministry had the goal of increasing South Korea low birth rate.[x]

As globalization continues and as we stay more connected than ever, the labor laws of countries need to adapt. Employees are spending all their time increasing the profits of their employer without seeing added benefits for that work. Overall, countries need to realize that their citizenry are not there to be cogs in the machine, but to build their lives as they see fit, which means being able to have lives outside their employment.

Robert Steininger is a third year law student at the University of Baltimore School of Law.  (Candidate for J.D., May 2017).  He holds a Bachelors of Arts in Linguistics with a minor in Japanese from the University at Buffalo – SUNY.  As part of his international law studies, he took part in a winter study abroad program in Curaçao taking classes in European Union Economic law and Comparative Confession law.  He also studied in Japan at Konan University while completing his undergraduate degree. In addition to being a CICL fellow, Robert currently serves as the Volume V Managing Editor for the University of Baltimore’s Journal of International Law and the President of OUT Law.  He is also a Maryland Rule 19-217 Student Attorney with the Immigrant Rights Clinic. He is currently a Law Clerk at the American Federation of Government Employees, AFL-CIO.

[i] France ‘Right to Disconnect’ Law: Do We Need Rules to Reclaim Personal Time?, http://www.nbcnews.com/news/world/france-right-disconnect-law-do-we-need-rules-reclaim-personal-n704366

[v] The Most Productive Countries in the World Also Have the Shortest Work Days, https://www.indy100.com/article/the-most-productive-countries-in-the-world-also-have-the-shortest-work-days–ZJWJ1Vvw8Pb 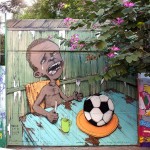 Brazil, as the hosts of the 2014 World Cup, had the opportunity to show the world that they could host a successful tournament.  Even before Brazil’s shocking 7-1 loss to Germany, many Brazilians were already displeased with the World Cup.[1]  To prepare for the tournament and the eventual 2016 Summer Olympic Games in Rio, Brazil tried to pacify their country by tearing down the drug-infested and crowded slums known as the favelas.[2]  Although China, England, and South Africa used similar beautification tactics before their respective tournaments, the Brazilian government did this at an unprecedented rate and often in violation of their domestic law.[3] 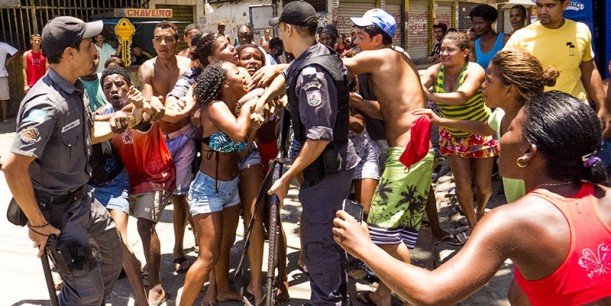 For one, many Brazilians were given very little notice before these evictions and almost little to no compensation for their removals.[4]  Although the World Cup and Olympic officials in Brazil claim that, “no forced evictions have been conducted… independent research by local NGOs…including Amnesty International and WITNESS have proven otherwise.”[5]  An example of these evictions is in the region of Mare, home to over 130,000 working class citizens.  Even though Mare is not as bad as some of Brazil’s notorious favelas, the military police ordered these residents to leave immediately.[6]  Instead of being offered feasible housing alternatives, thousands of families were violently thrown out onto the street to fend for themselves.[7]  As a result, many Brazilians are asking the International Olympic Committee (IOC) to address these human rights issues but the IOC has not done much.[8]  A few NGOs from other countries have pushed to revoke Brazil’s Olympic hosting rights.  With less than six months before the Olympics, even if Brazil were to give up hosting rights, finding a replacement would be logistically impossible.  Bearing the mistakes of Brazil in mind, the international community should turn their focus to future international tournaments, such as the 2022 World Cup in Qatar, to prevent this occurrence from happening again. 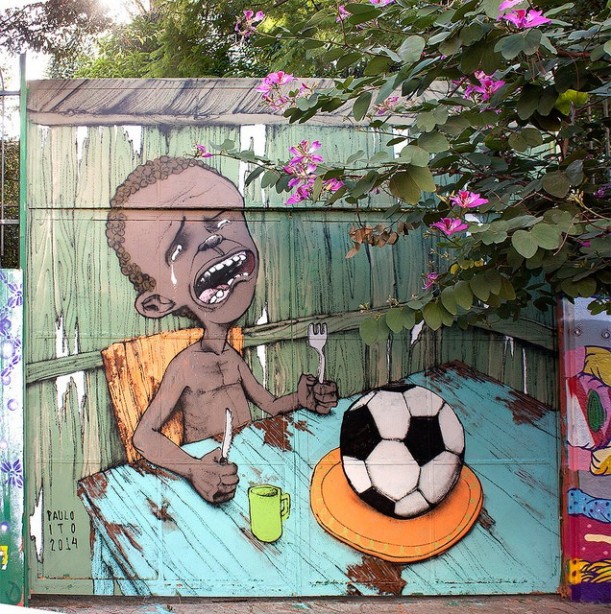 Unfortunately, there seems to be a correlation with international tournaments and host nations violating human rights; however, none are as bad as Qatar’s preparations for the 2022 World Cup.  The rights to host the World Cup in Qatar spurred huge infrastructure projects, at an estimated USD $100 billion.[9]  In preparations for the World Cup, Qatar invited millions of migrant workers from mostly poor South and Southeast Asian nations.[10]  Many of these migrant workers were lured into the country under false pretenses and have been paid substantially less than what was promised.[11]  These migrant workers have also been forced to sleep in unsanitary homes and subject to harsh working conditions.[12]  Studies on migrant worker’s conditions have estimated more than 1,000 accidents per year, with 10% of these workers paralyzed from the accident.[13]  A shocking report from the International Trade Union Confederation has estimated that over 4,000 laborers will die during the preparations for the World Cup.[14]  Despite complaints from various international organizations, the Qatari Football Association has denied these issues citing, “prejudice and racism” as reasons why the international community is criticizing Qatar’s preparations.[15] 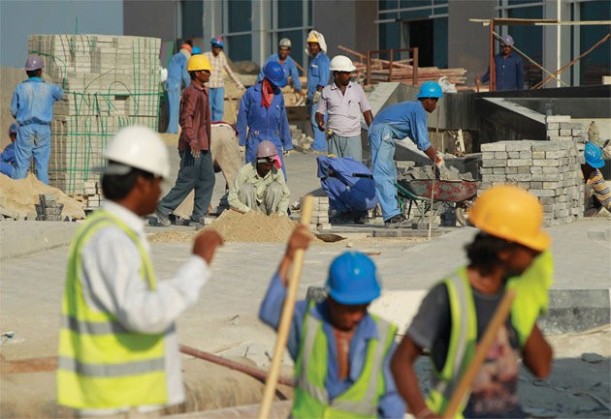 Recently, many of FIFA’s top officials, including FIFA President Sepp Blatter, were arrested on corruption charges.[19]  With Sepp Blatter’s resignation, there’s a chance for FIFA to make sure that the incoming officials will enforce better working conditions for the migrant workers in Qatar.  One way to ensure a new generation of competent FIFA officials is to have the UN Human Rights Council observe FIFA and work hand-in-hand with Qatar’s Football Association.  Since all Member States of the UN Human Rights Council (HRC) compete in the Olympics and the World Cup, they should have a vested interest in Qatar’s compliance with human rights standards.[20]  The HRC’s goals are to promote and protect human rights for all.[21]  The HRC has the capacity to work with international organizations, like FIFA, and the HRC can work with FIFA to set standards, monitor, and implement better working conditions for these migrant workers.[22]  As one of the members of the HRC, Qatar should be held to a higher standard and ensure better working conditions for the migrant workers.

Qatar is also a member of the International Labour Organization (ILO) and even ratified the Convention on Forced Labor.[23]  This convention defines forced labor as, “work or service which is exacted from any person under the menace of any penalty and for which the said person has not offered himself voluntarily.”  The ILO has given examples of involuntary work such as: physical confinement in the work location, deception about types and terms of work, withholding and non-payment of wages, and retention of identity documents.[24]  One of the basic principles of international law is that international agreements ought to be followed in good faith (the principle of pacta sunt servanda).  As a party to the ILO and HRC, Qatar has a duty to follow the goals of these organizations by respecting and promoting these migrant worker’s human rights.  If Qatar does not comply, pressure from the international community to withdraw Qatar’s hosting rights might work.  Unlike the 2016 Summer Olympics in Brazil, there’s an ample amount of time to change the hosts before the 2022 World Cup.  We, as the international community, have a duty to enforce international human rights obligations.  If countries like Qatar play dirty off the pitch, why should the international community allow them to host the “beautiful game”?

Christian Kim is a 2L at the University of Baltimore School of Law and graduated from the University of Maryland with a Bachelor of Arts in Criminal Justice. He currently serves as the President of the Asian Pacific American Law Student Association as well as the 2L Rep for the Student Bar Association. His interests are East Asian politics, international conflicts, and human rights.  Before Law School, Christian has worked for the Korean Ministry of Education as a TaLK (Teach and Learn in Korea) Scholar and Coordinator for two years. He is currently a legal intern at the Hermina Law Group and a law clerk for the Law Office of Hayley Tamburello.