“No woman can call herself free who does not control her own body.”
– Margaret Sanger

Ireland and Poland are both predominately Catholic nations and the Catholic Church views abortion as a grave sin. It is no wonder, therefore, that, the issue of abortion has been at the forefront of these two countries’ political agendas recently. Irish and Polish men and women alike have gathered on either side of the debate: pro-choice or pro-life.

The Situation in Ireland 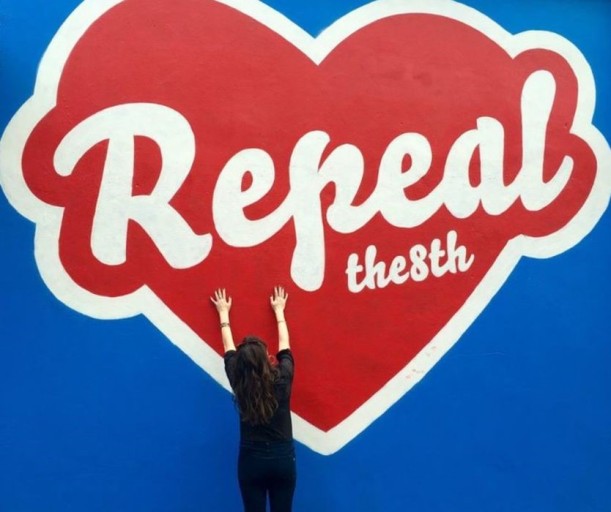 On September 7, 1983, by a vote of sixty-seven percent to thirty-three percent, Ireland amended its Constitution to include what is referred to as the Eighth Amendment. Ireland’s Eighth Amendment, “acknowledge[s] the right to life of the unborn and, with due regard to the equal right to life of the mother, guarantees in its laws to respect, and as far as practicable, but its laws to defend and vindicate that right.”[i] While the Eighth Amendment does not specifically mention the word abortion, the Amendment essentially criminalizes abortion, under any and all circumstances. While there are other countries that mention the right to life in their Constitution, Ireland’s goes so far as to “give the unborn an equal right to life with a conscious, sentient, thinking, feeling woman.”[ii]

The Situation in Poland

Poland, also a predominately Catholic nation voted not to back a total abortion ban. Thousands of women and men protested in the streets of Warsaw against a legislative proposal for a total ban on abortion.[iii] The proposed legislation would have implemented a ban, even in instances of rape, incest, and when the mother’s life was at risk.[iv] The Minister of Science and Higher Education, Jaroslaw Gowin, states that the protests “have caused us to think and taught us humility.”[v] This is not to say that Poland is completely pro-choice on abortion. Many Polish women end up seeking abortions in Germany or other neighboring European countries because Poland only allows for abortion in the narrow instances previously mentioned. But Poland, unlike Ireland, does not seek to constitutionally implement a total ban on abortion. However, the proposed law would make abortion a criminal offense with a prison term for both the doctor and the woman.[vi]

Ireland and Poland are both parties to the Convention on the Elimination of All Forms of Discrimination Against Women (CEDAW). Article 12, the Right to Health, of CEDAW states that “States parties shall take all appropriate measures to eliminate discrimination against women in the field of health care … States Parties shall ensure to women appropriate services in connection with pregnancy…”[vii] Ireland and Poland are both parties to the European Convention of Human Rights (ECHR). Within the ECHR there is the Right to Life (Article 2) and the Right to Respect for Private and Family Life (Article 8). Article 8 states that “there shall be no interference by a public authority with the exercise of this right.”[viii] Therefore, in light of the purposes of CEDAW and ECHR, does Ireland and/or Poland’s abortion laws violate their international law obligations under these conventions? 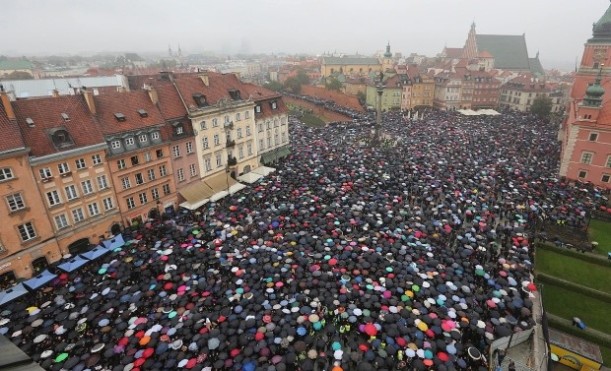 Meanwhile Poland, has banned abortion except in instances of rape, incest, or where the mother’s life is threatened, and only within the first 12 weeks of pregnancy.[ix] Even so, Poland’s restrictive abortion law requires that two doctors must approve the procedure, which of course, many doctors have declined to do. Ireland and Poland’s regulations on abortion are among the strictest in the world.

Times are changing, whether we like it or not. As a result, many movements, either pro-choice or pro-life, have sprung into existence. One particularly interesting movement is Ireland’s Repeal The 8th movement.[x] The movement uses social platforms such as Twitter via the hashtag “#repealthe8th” to spread awareness and to find support beyond Ireland’s borders.

There are petitions and organizations alike, all focused on one thing: repealing the 8th Amendment.[xi] Dublin has become a city ripe with demonstrations from both sides of the aisle on this issue. One protester stated that, “it’s a woman’s right to choose and it is ridiculous to say that anybody else, the state or the church, has [the] right to tell that woman what happens to her body.”[xii] LifeNews has referred to the Eighth Amendment as, “a beacon of human rights protection internationally as it provides legal protection to both unborn babies and their mothers.”[xiii] The Artists’ Campaign to Repeal the Eighth Amendment stated that “the resulting physical and emotional trauma inflicted on women is inexcusable and an ongoing cause of shame for Irish citizens.”[xiv]  The Artists’ Campaign to Repeal the Eighth Amendment also noted that the Eighth Amendment “is a key source of Ireland’s failure to reach international human rights standards and of the State’s failure to meet its obligations to vindicate women’s human rights.”[xv] 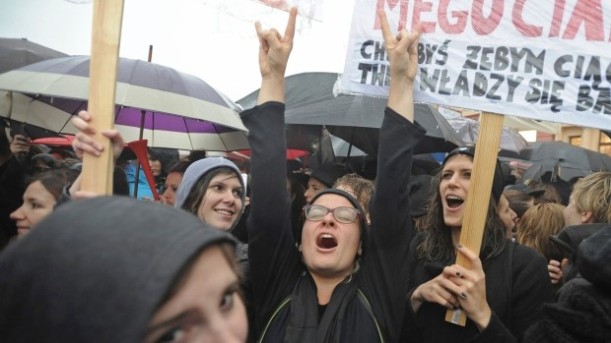 Conversely, in Poland, pro-life foundations and the Ordo Iuris legal institute pushed for a new bill which would make abortion illegal in all circumstances.[xvi] The Catholic Church in Poland supported this initiative, which would also punish any doctor that performed an abortion with a jail term of up to five years.[xvii] This is not the first time that a complete and total ban on abortion has come up in Poland. In 2011, 2013, and 2015, the Polish Parliament debated and rejected the exact abortion ban advocated for by pro-life foundations.[xviii]

What does this all mean?

Women’s rights are human rights. A woman’s right to choose is just that, a woman’s right to choose. Supreme Court Justice Ruth Bader Ginsburg stated that “the emphasis must not be on the right to abortion but on the right to privacy and reproductive control.  As many have said over the years, pro-choice does not mean pro-abortion.[xix] This debate is not simply about religion and moral beliefs, this debate boils down to a basic right of choice. Women should be able to have the choice of having or not having an abortion. This is an issue that everyone should be concerned about. Everyone is entitled to live their life as he or she sees fit, and it is not up to the rest of the world to judge them based on the decisions that they make. But it is up to us to treat each and every person with kindness and respect, and to allow women to make decisions for themselves.

Jasmine Pope is a second year law student at the University of Baltimore. She graduated from Towson University in 2015 with a Bachelor of Science in Political Science, with a minor in History. Jasmine is extremely interested in and passionate about international human rights, particular the rights of women and children. She also participated in the Summer Study Abroad Program in Aberdeen, Scotland. She has also studied abroad in Benalmádena, Spain. Currently, she serves as the Secretary for the International Law Society. Jasmine is currently a member of the Inter-American Human Rights Moot Court Team. Jasmine is also a Staff Editor for the Journal of International Law and works for the Law Office of Hayley Tamburello.

[vii] Convention on the Elimination of All Forms of Discrimination against Women, art. 12, http://www.un.org/womenwatch/daw/cedaw/text/econvention.htm#article12.